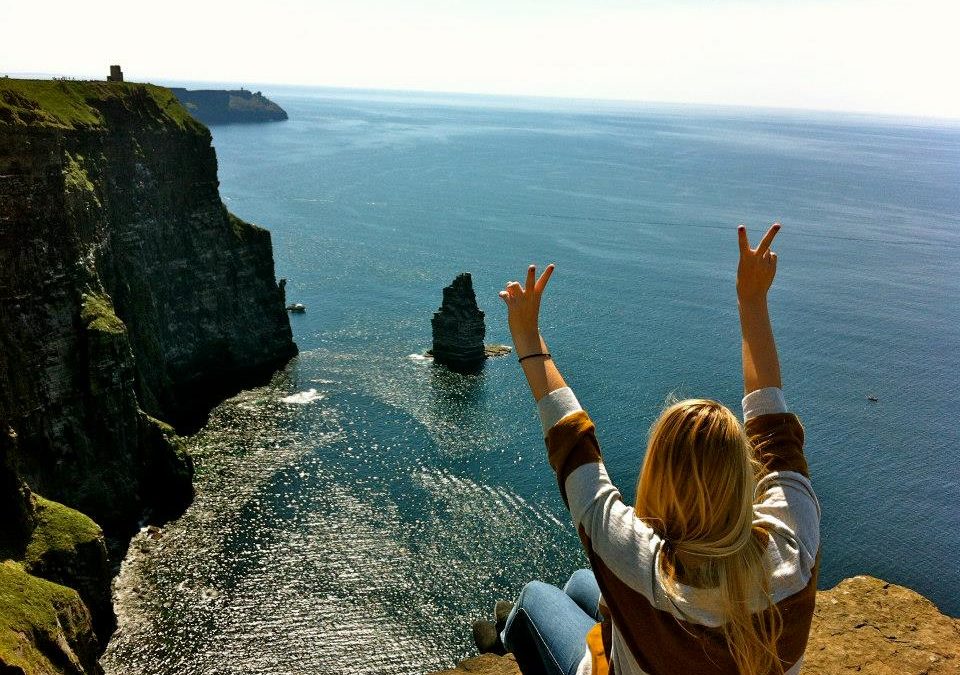 They can drive you crazy, thinking of everything you could’ve done. As you replay in your mind every detail you could’ve changed, every word you should’ve said, every action you may have done if you would’ve known “xyz.” Any situation whether career or relationship based. Whether professional or personal. Hindsight is always 20/20.

But these “could’ves, would’ves, and should’ves”, they can keep you stuck in obsession. Repetition. Replay. Rewind and never a present play. A revolving door—sliding doors.

The could’ves, would’ves, and should’ves…they all are based on a mindset of regret. They’re based on a mindset of what could’ve been that is no longer because of your self-proclaimed mistakes. Any situation that brings forward regret is tricky. You make yourself sick, unable to eat, unable to sleep, replaying a scenario in your head that you can do nothing about because it already happened. Yet, you can’t stop. It’s like watching a movie that has numerous endings. The main character could’ve done this. The screen writer should’ve written that. The characters would’ve ended up together if this hadn’t occurred. “If this.” The what ifs.

Do you ever find yourself completely unsatisfied and unsettled at the end of a movie. You talk about how the ending just wasn’t how it was supposed to be. Unable to let it go. But, it already happened—the actors were cast, the script was written, the location was scouted. This production was two years in the making and no thought you can possibly have can change that, yet it still occupies some portion of your mind, wishing that things could’ve ended differently.

We’ve all experienced it whether book or play, and if you can’t bring yourself to see that, think about Romeo and Juliet or Titanic or Mice and Men or Lord of the Flies. Whether a romantic or platonic relationship, whether a personal growth or loss—stories have a way of making us think and wonder what if he or she chose differently or did differently: if Juliet would’ve awakened before Romeo drank the poison, if Rose and Jack would’ve taken turns in the frigid water (or better yet–not have gotten on the boat, or the captain would’ve seen the iceberg). If Lennie wouldn’t have killed the rabbits and if Piggy wouldn’t have died. These classic books and movies all lend the viewer or reader thoughts of what if. Yet, you can do nothing about it. Titanic actually happened. Shakespeare and Steinbeck wrote their famous works years ago. Nothing really could’ve kept the boys from killing Piggy when the conch was involved. These are all references that relate to life.

They’re symbolic of our own stories, our own lives.

Our past has already been lived, already been written, but our future is a blank page with a pen full of ink. We only have to pick up the pen and write instead of hyper-focusing on our past that only exists in our minds.

I think of all the choices I have made, things I could’ve said or actions maybe I should’ve done…but none of that matters. It happened. I tell myself, “Get over it.” We have lives to live and only one. We so blindly go through life pretending that we have no idea that we only get one chance to live it. We cling so fiercely to the past because it’s easier than letting go and risk falling. So many of us forget that as children, after falling, we got right back up. A bruised knee, a scraped arm, a loose tooth—falling apart meant nothing but being alive. We forget that risk is a part of living. If you don’t risk, if you forever stay in the past and obsess about things that wish you did, you can never fully do them in the future.

Instead, what ran your life was a force of “buts, ands, and sos.” A force of semicolons and periods. A force of “this is what my life is and you can take it or leave it, but I am happy about it.” Because after all, that’s all the matters—being able to say that you, yourself, are happy with your life. Because you’re the one living it. So, find a way to come to terms with things of the past and release it. You’ll feel a weight lift off your body that you didn’t even know was there. It’s a weight that kept you anchored and grounded and stuck. A weight that prevented you to fly when you thought you were about to fall. A weight that prevents you to fly when you think you’re about to fall.